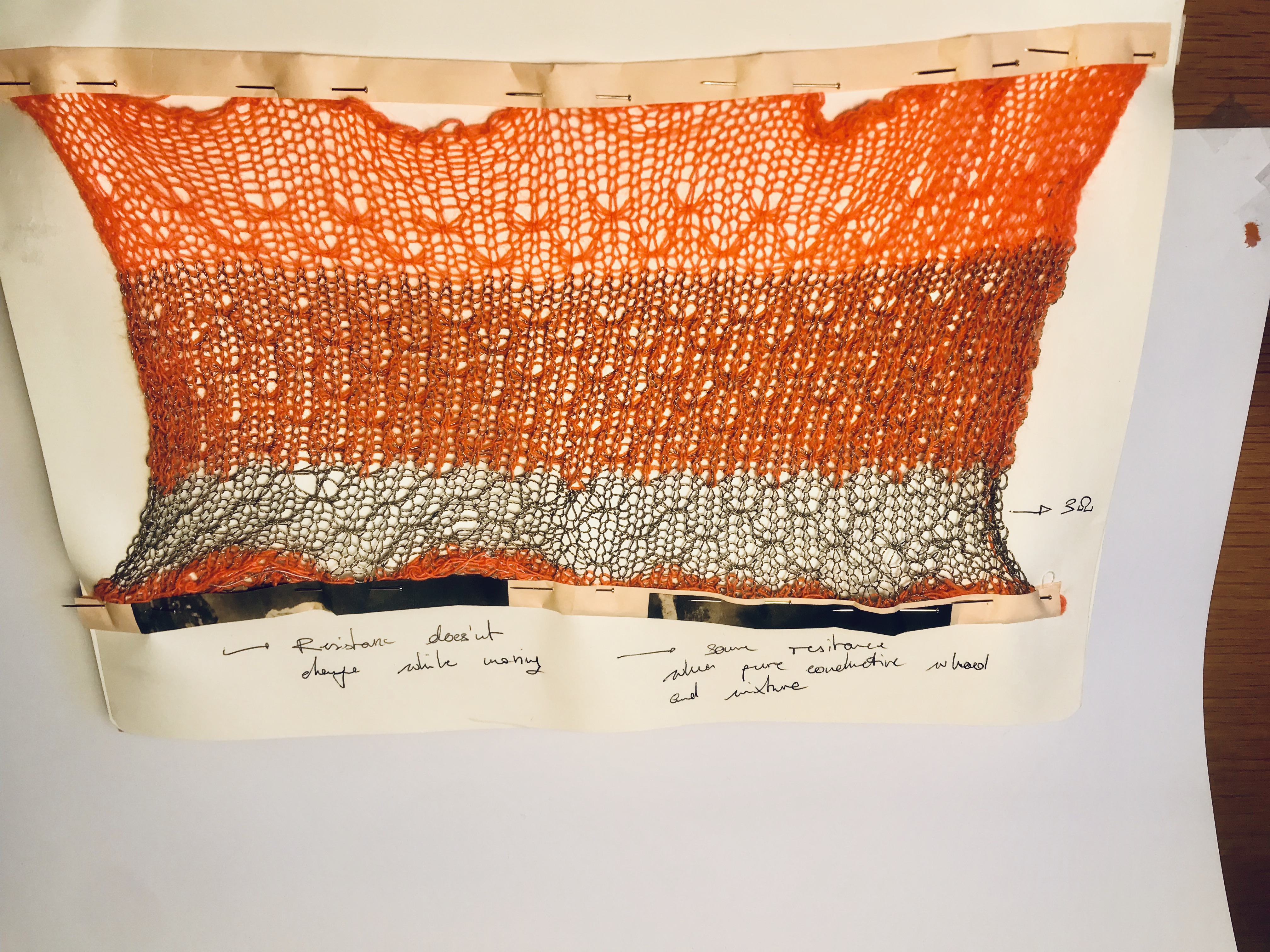 The first picture shows a knitting piece that is made of conductive (silver) and non-conductive (orange) yarn. We were trying to create a fade between the different yarns and see what changes in the resistance of the fabric it makes. While testing we noticed that there actually is no change in the resistance when the silver yarn purely or is mixed with the none conductive yarn. The resistance generally stays at 3 ohm. 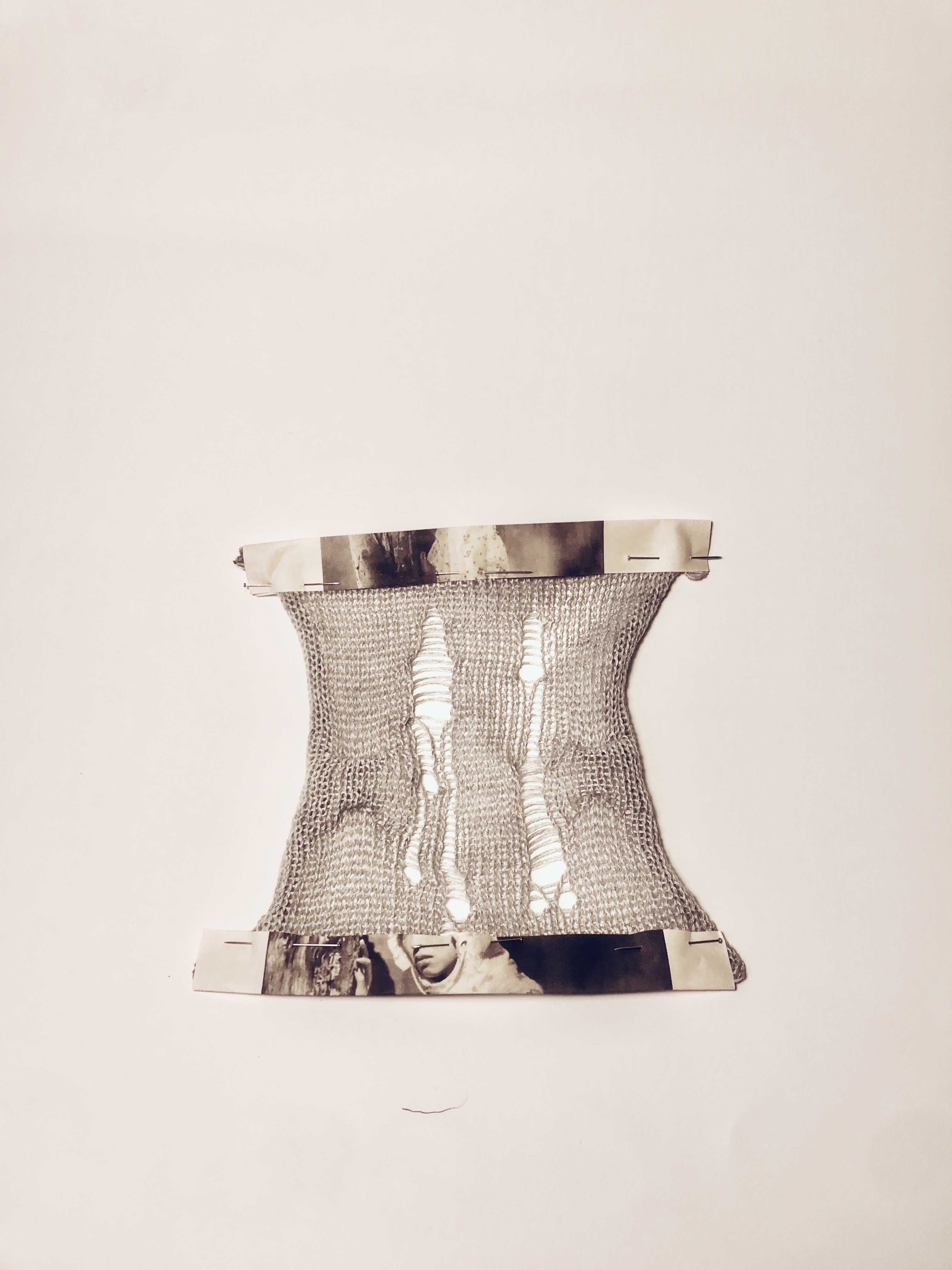