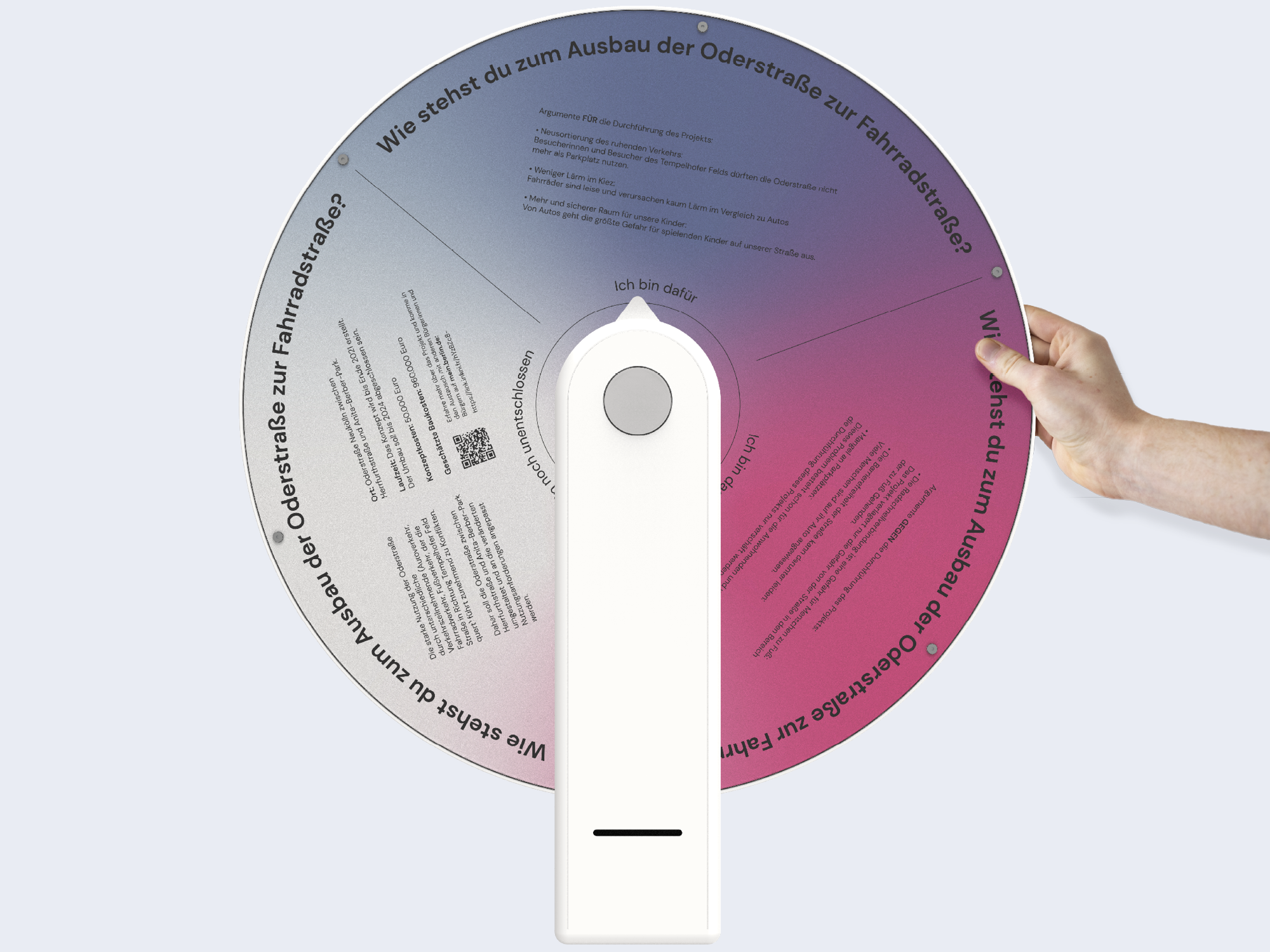 Improvement of citizen participation for initiatives in public space

Committed citizens are increasingly demanding participation in local projects. The involvement of urban society is also an important concern for the Berlin Senate. But implementation is not always easy: the bureaucratic effort is too high and usually only a few voices are heard.

Residents also sometimes learn about projects in their direct surroundings far too late, often only after the planning phase has already been completed and they can no longer contribute their own opinions. Yet participation is a necessary component of successful democratic structures.

DISCUS is a tool that aims to close this gap. As an autonomous mediator between the administration and the citizens, it appears in public space for a limited period of time in order to draw attention to a planned project of the city. Placed at the planning site by the administration, it takes on the task of informing everyone - politically engaged as well as those less involved in city life - about the project and inviting them to further discussion rounds or meetings.

In a low-threshold survey, interested persons are asked to give their opinion on the project. By turning the wheel, it is possible to choose between three answers. The most important information about the project, as well as counter-arguments, can then be printed out directly on the device and taken home. The main focus is on confronting other opinions in order to promote a constructive discussion culture in future events.

This opportunity for participation strengthens the citizens‘ identification with the project and their city. DISCUS invites people to express, argue or reconsider their own opinions, which improves self-esteem and strengthens democracy. 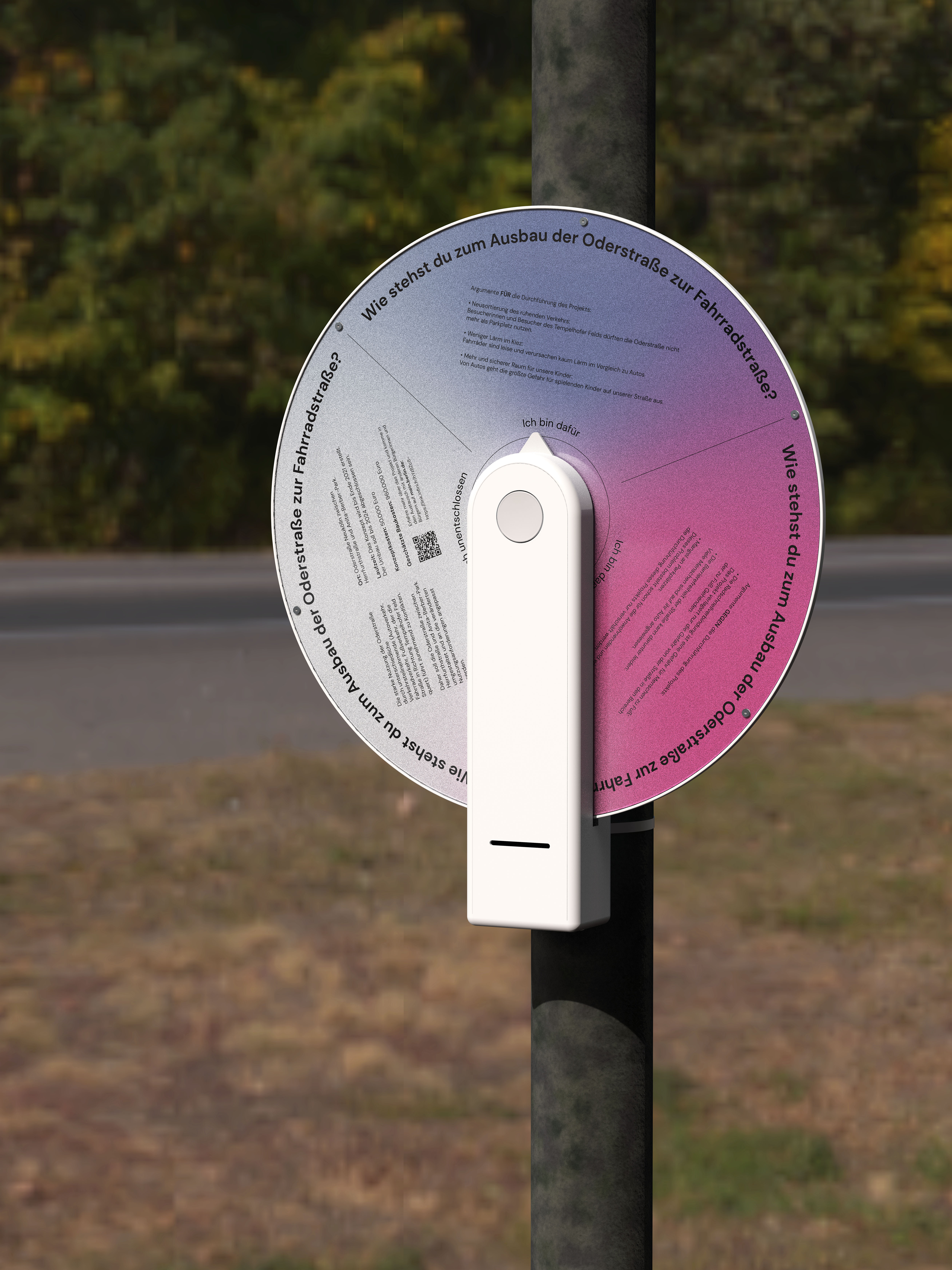 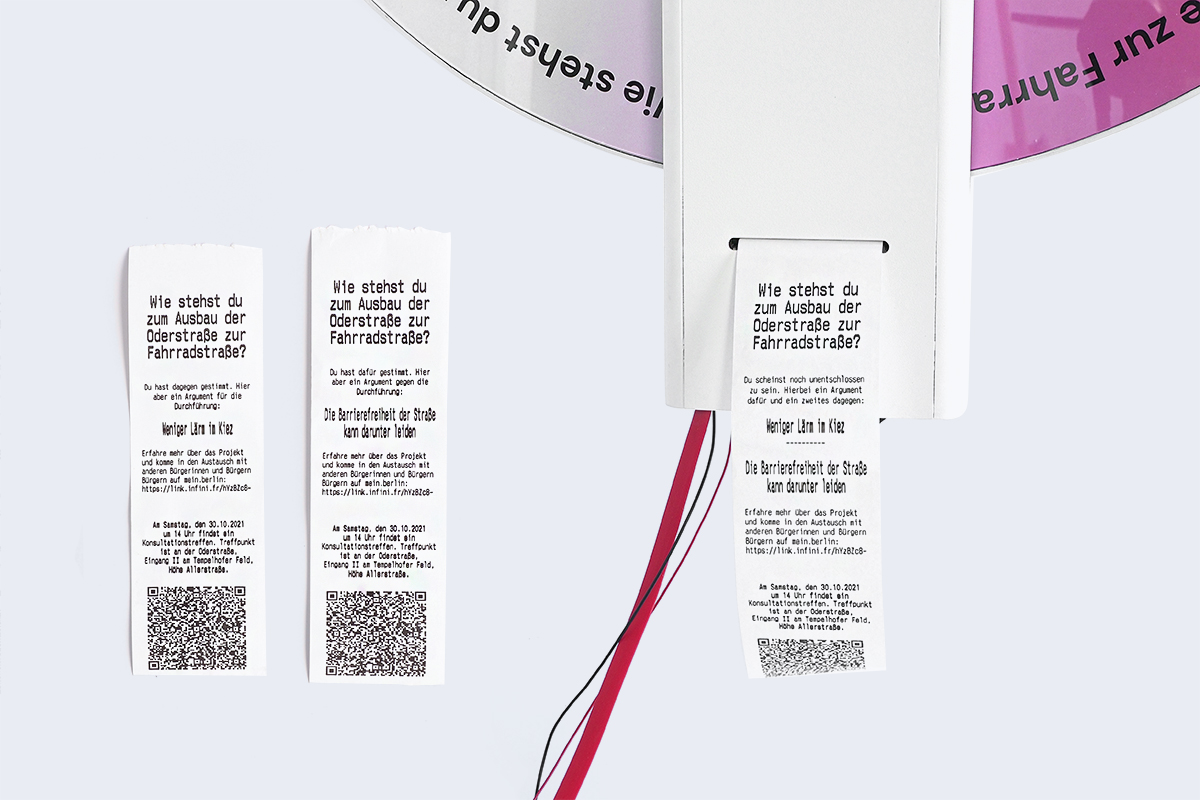 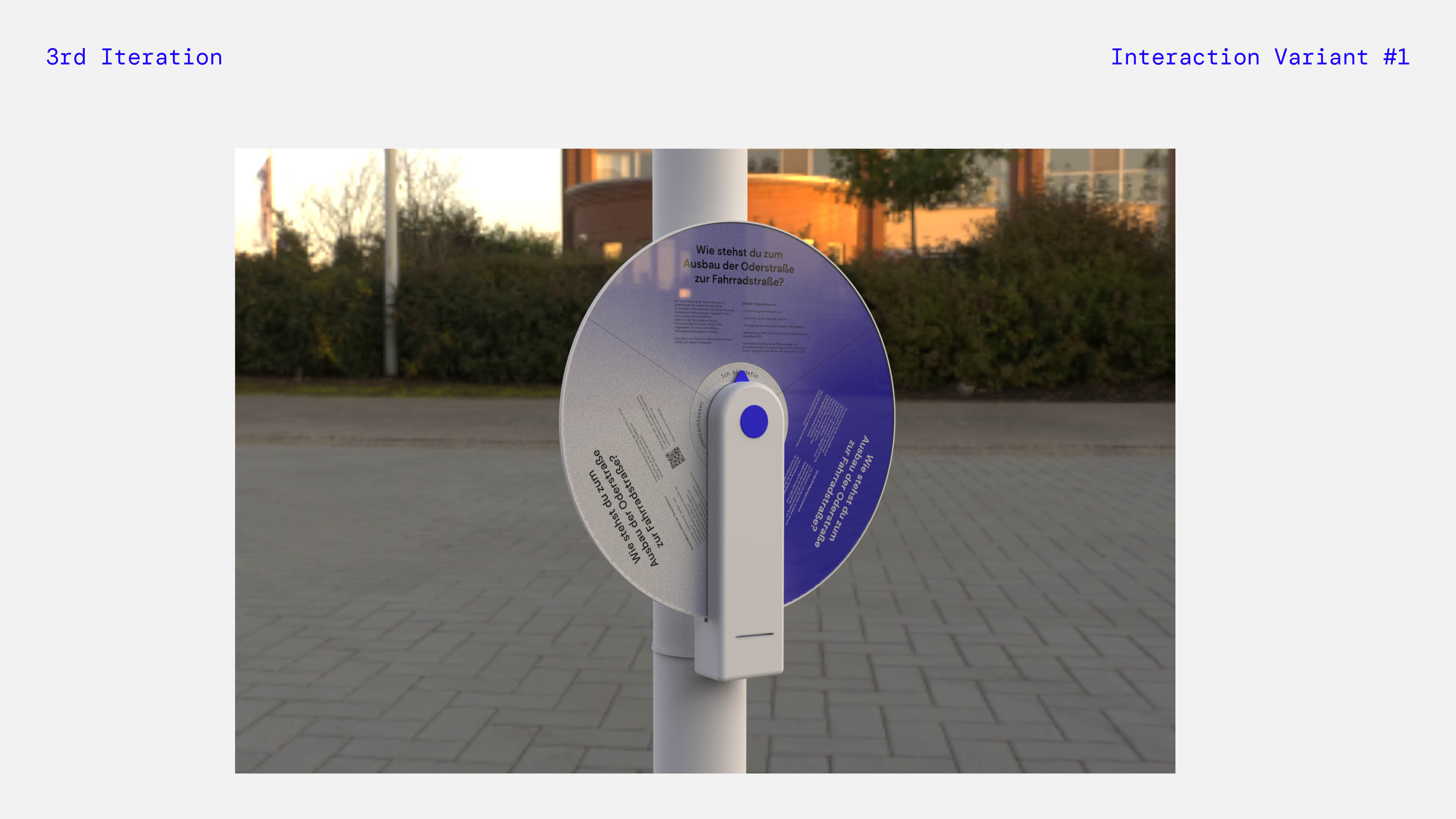 Further development of the disc-based design with different interaction possibilities

Further device designs, focusing on the display of 2 sides/opinions 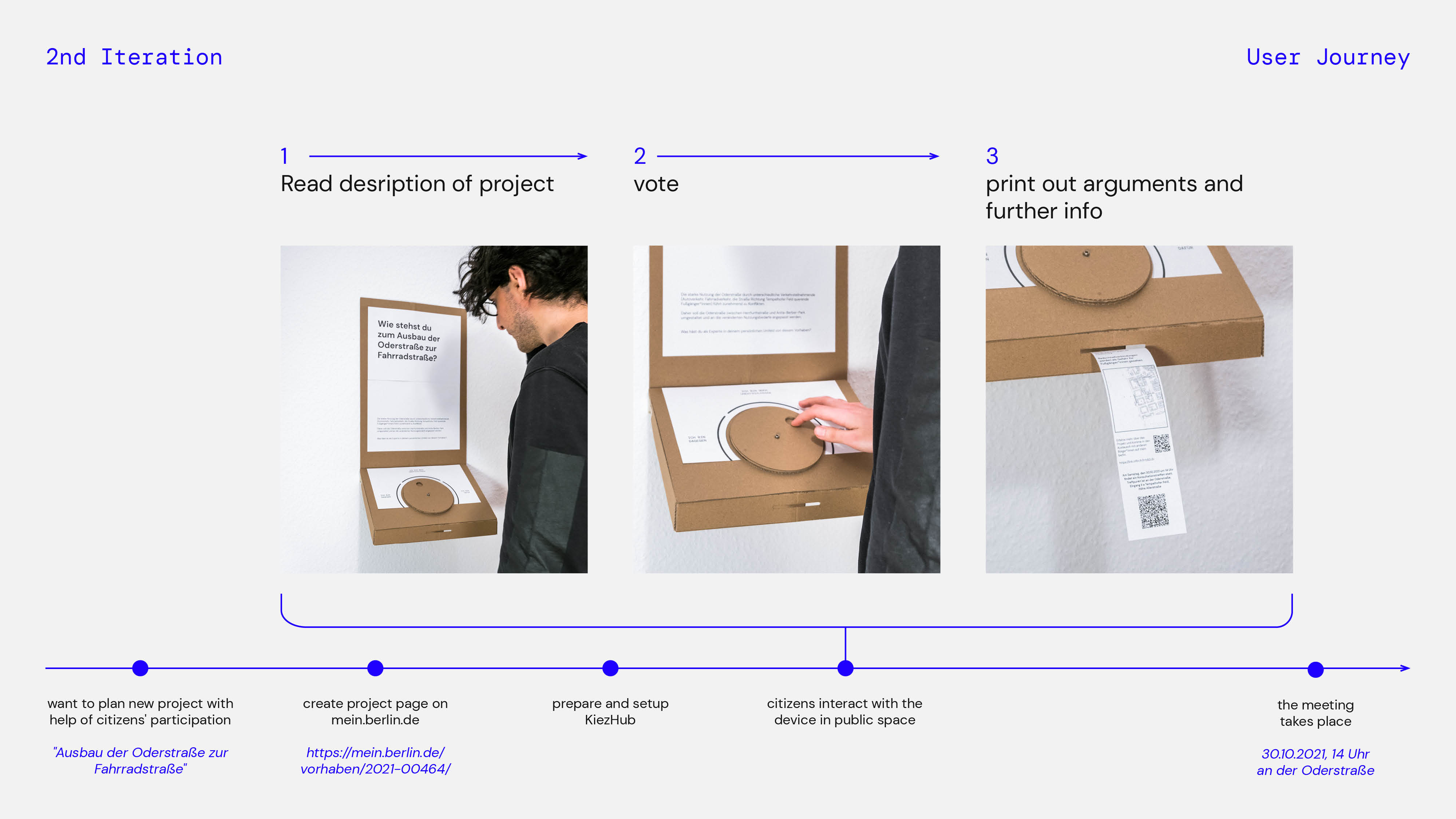 In this iteration, we focused on summarizing the original concept in a more understandable way and reducing it to the most important features.

A new prototype shows a possible interaction with the device and the information flyer was designed to include all important information about the project. In addition, each participant now receives a counterargument to their position with the flyer. A first exploration of the project description was also done. 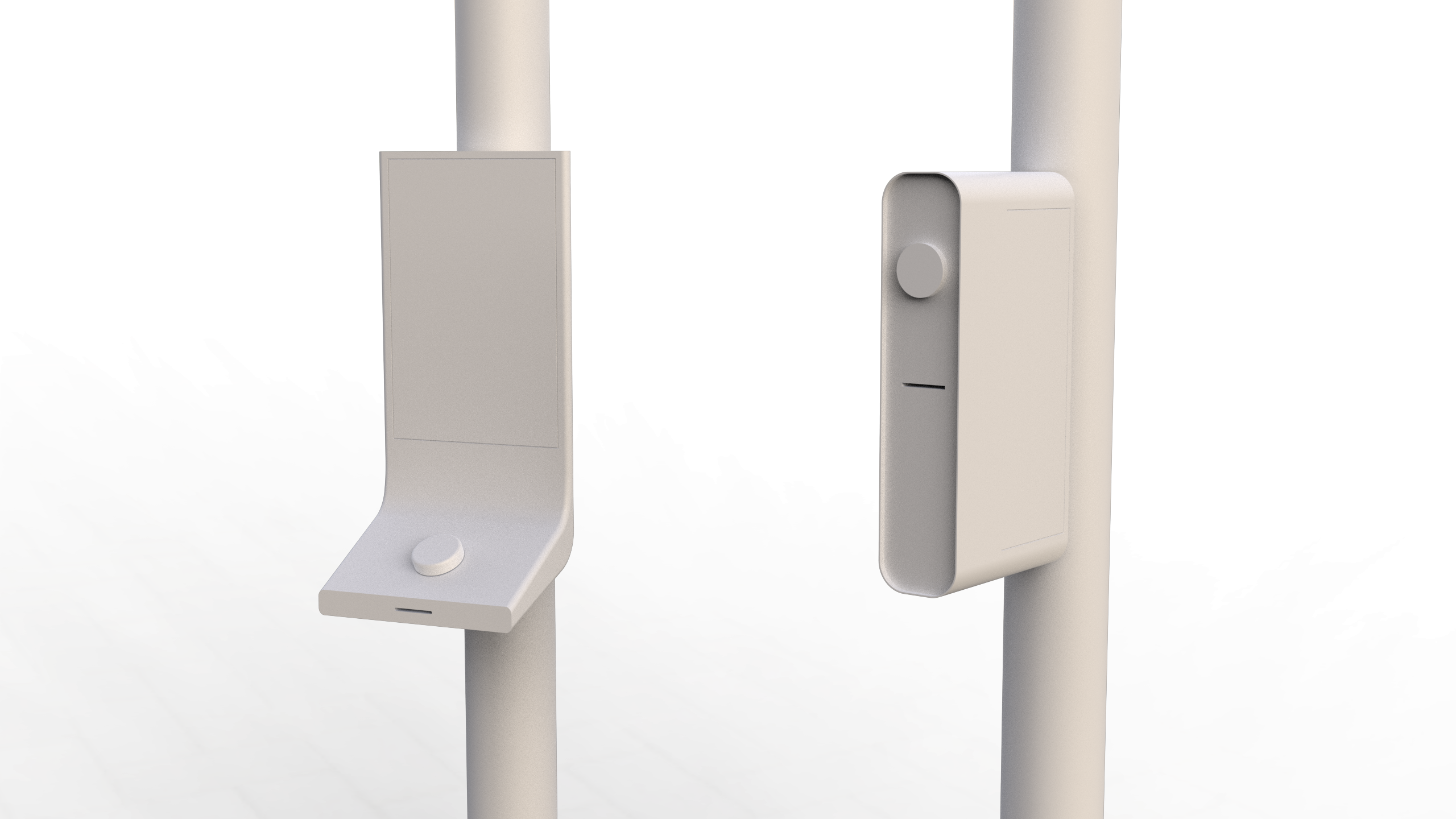 Possible designs of an interactive polling device in public space 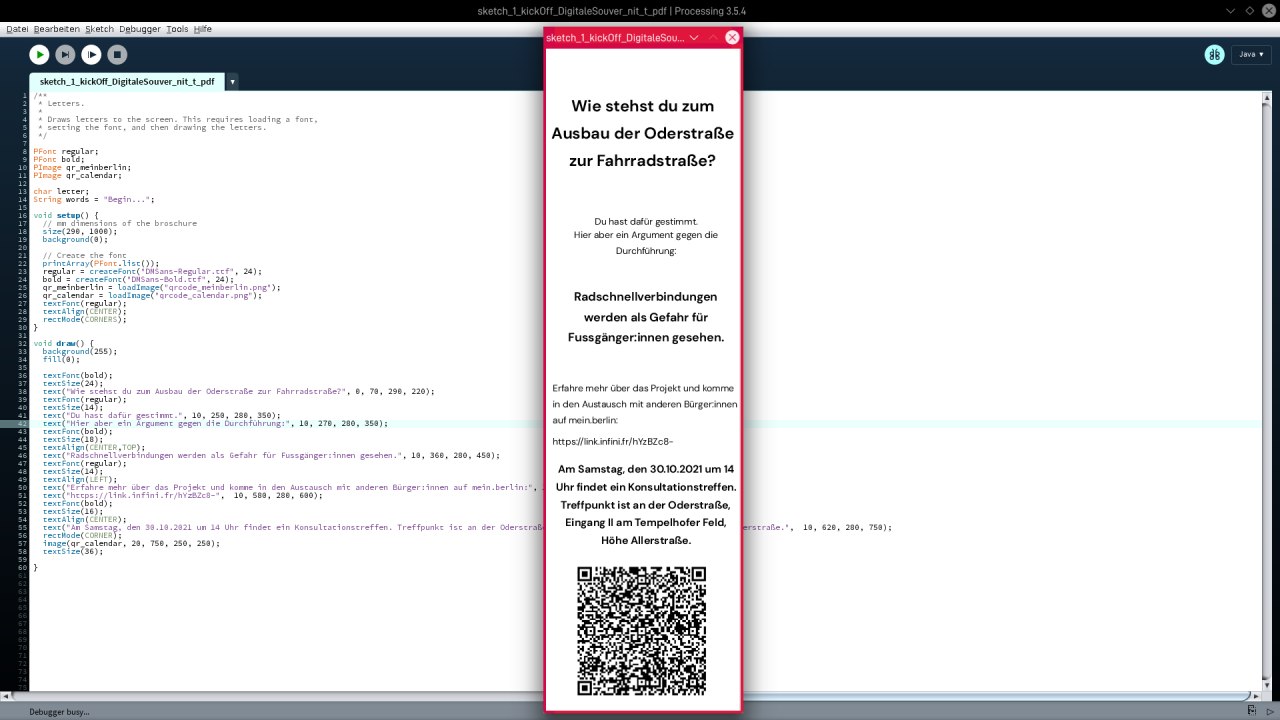 first static implementation of the flyer with Processing

Connection of Arduino Uno with Thermal Printer and Test Prints 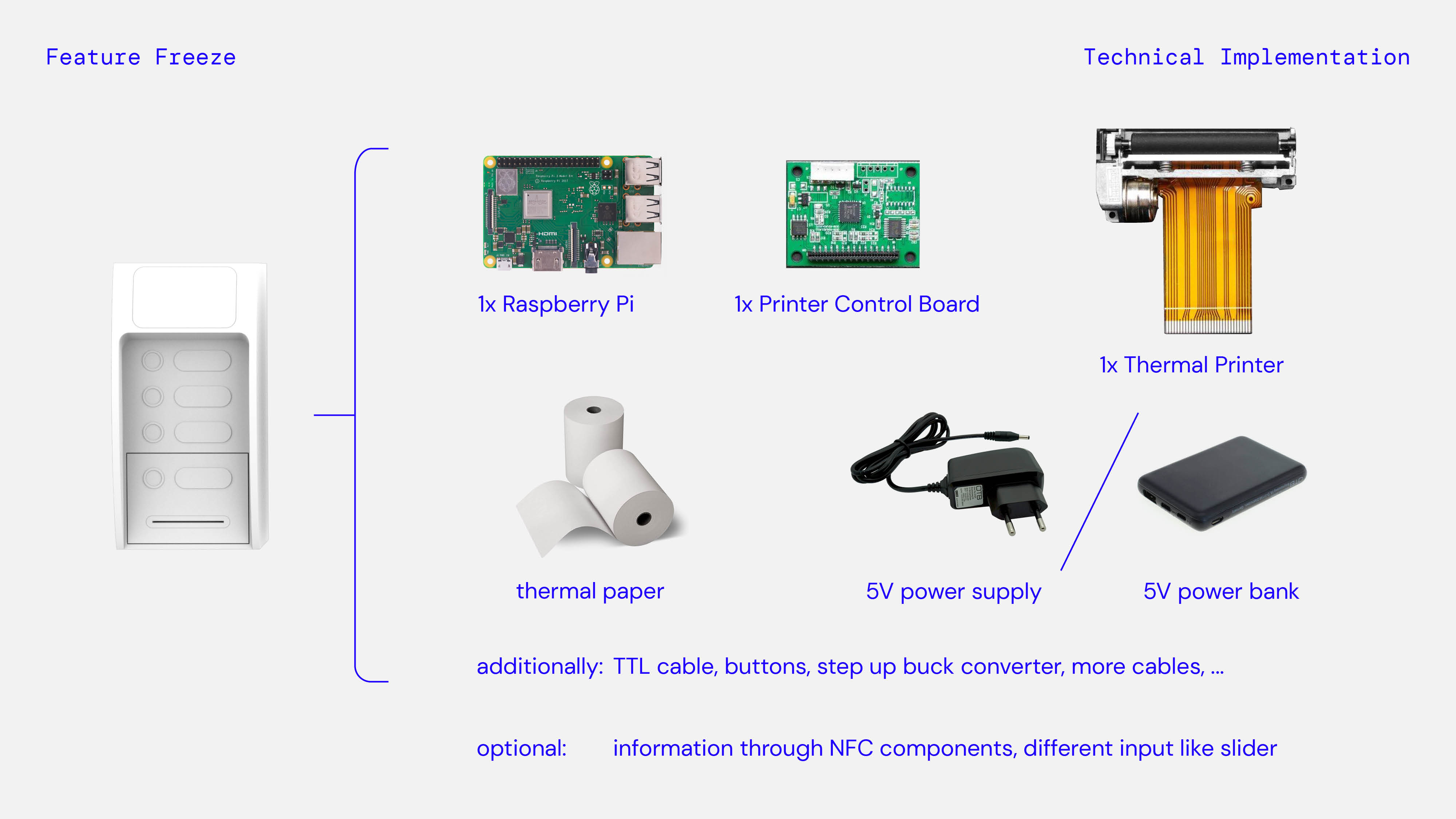 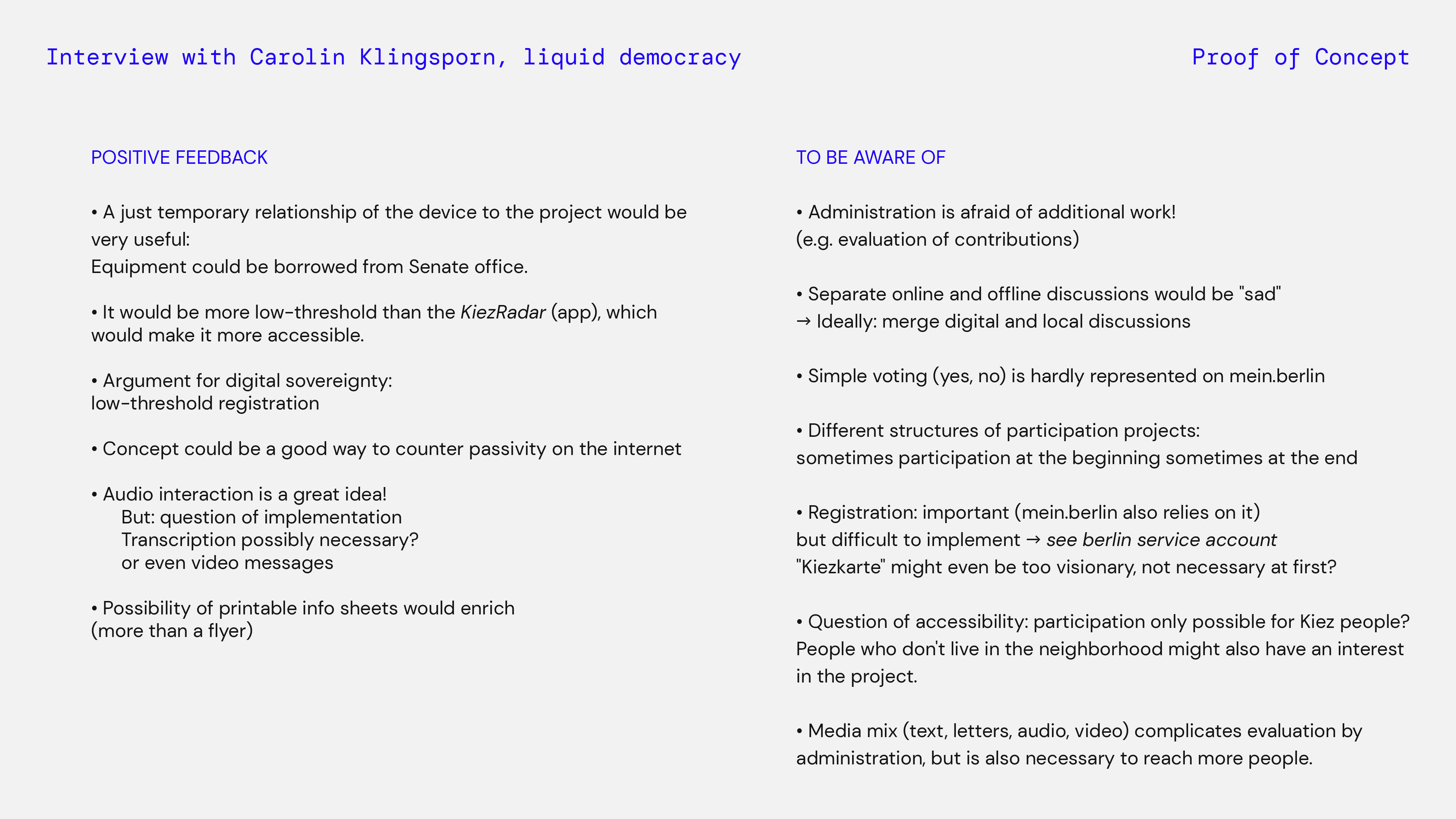 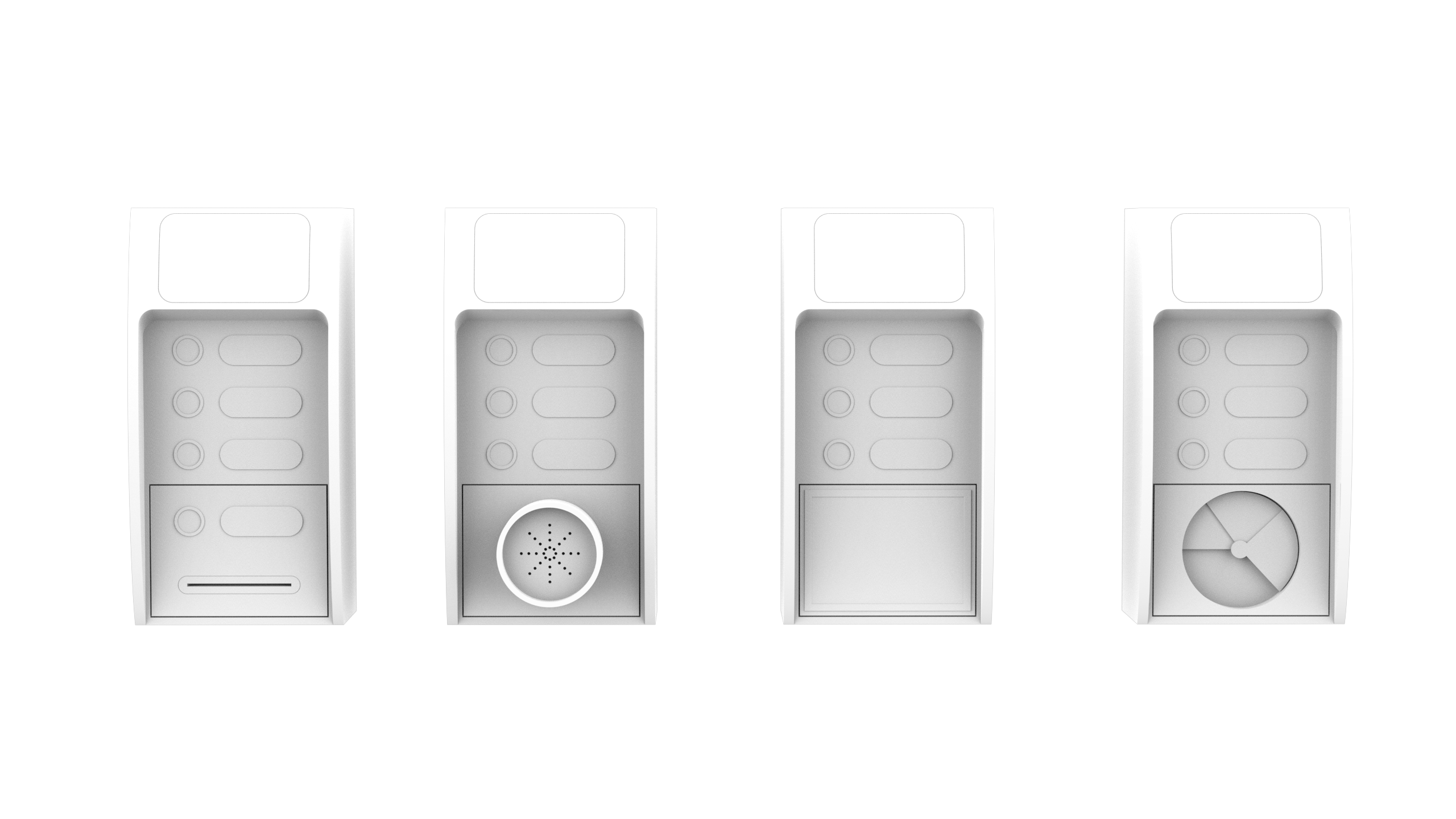 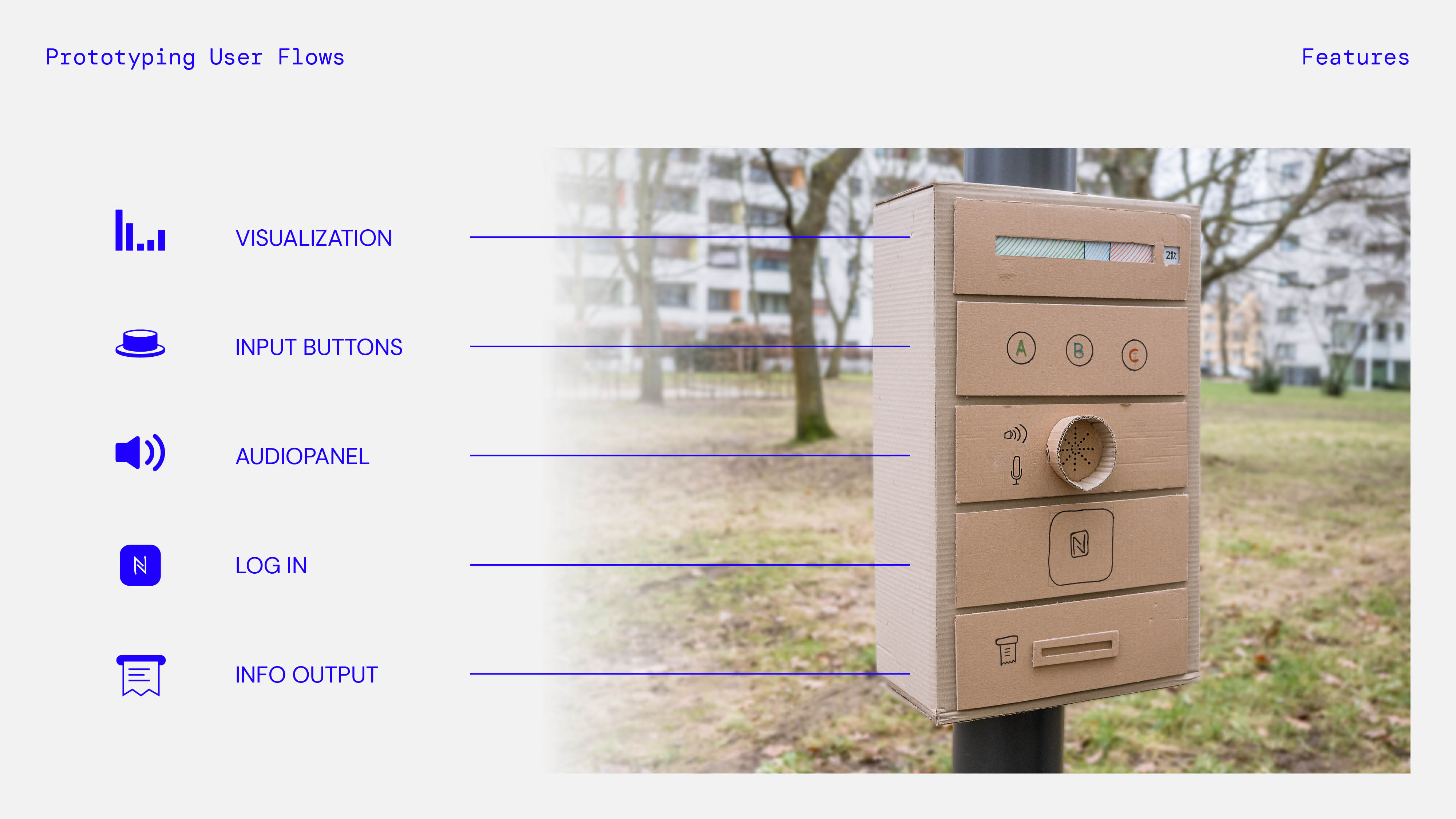 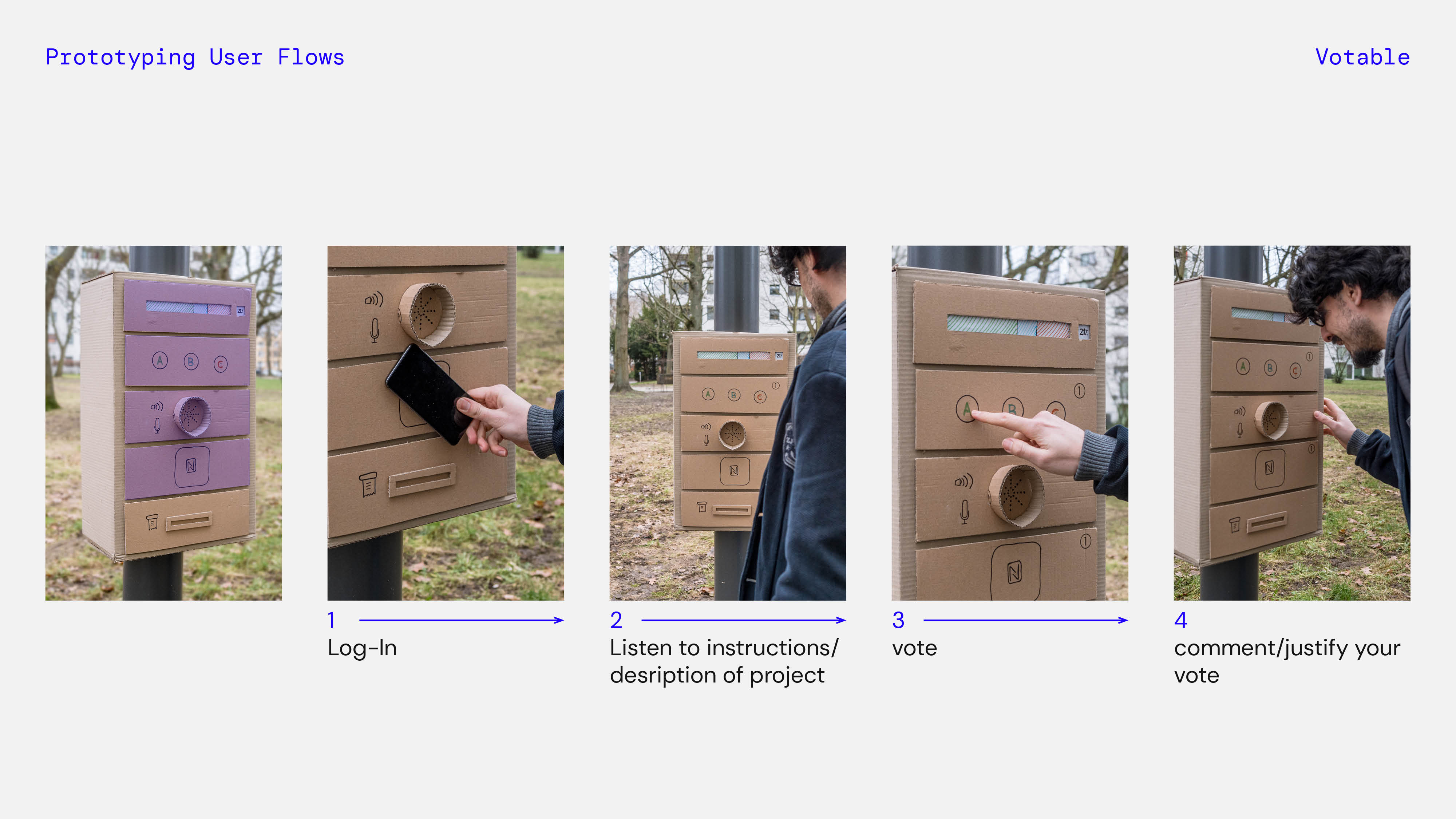 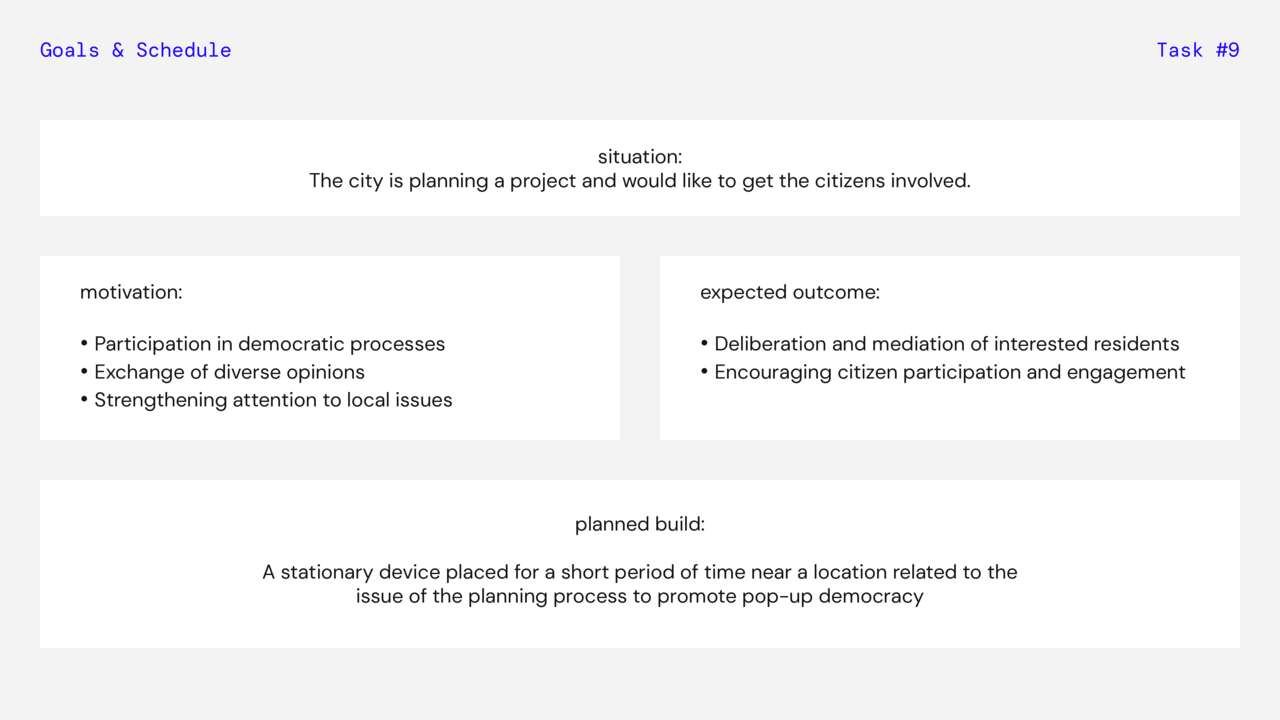 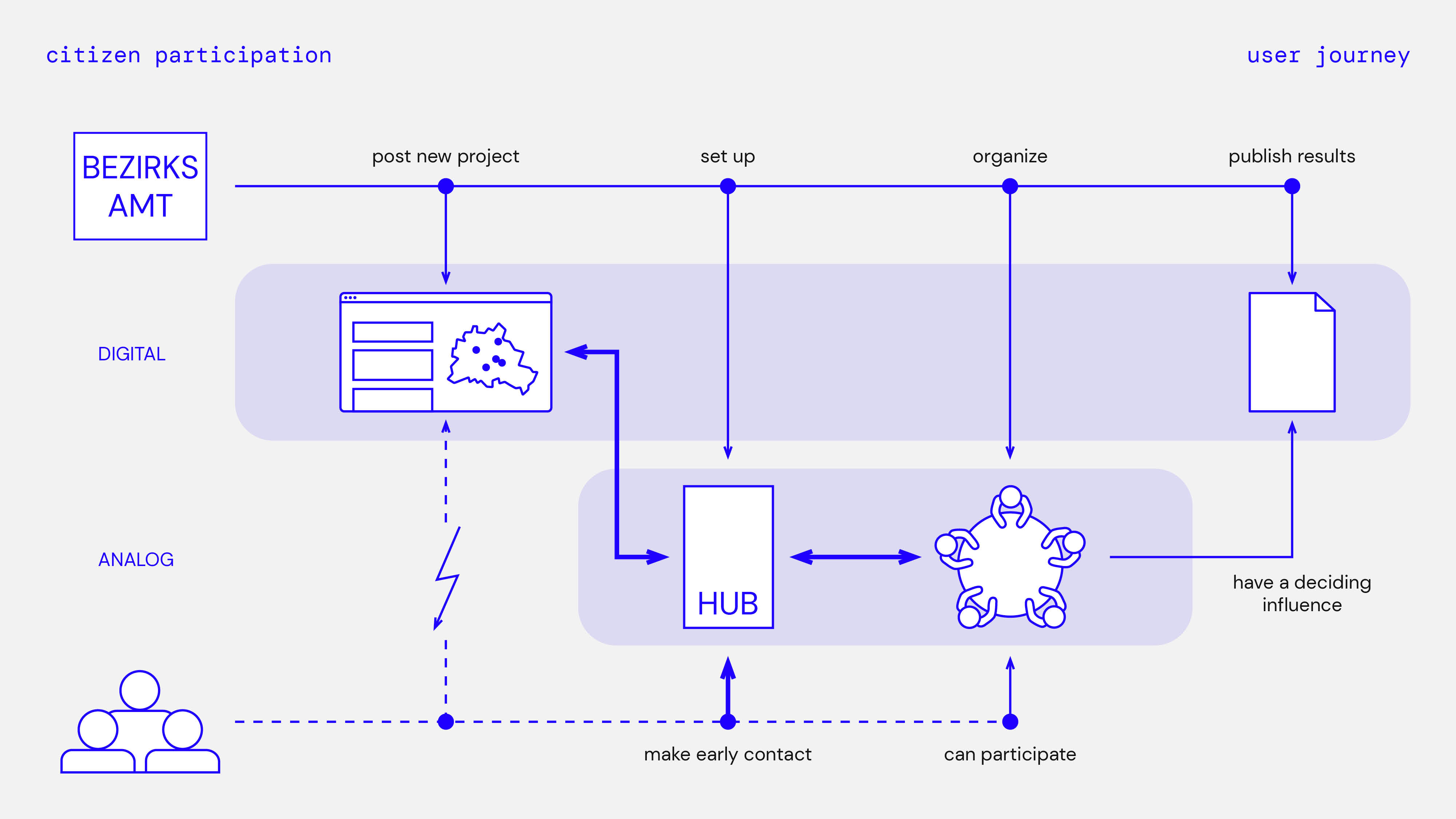 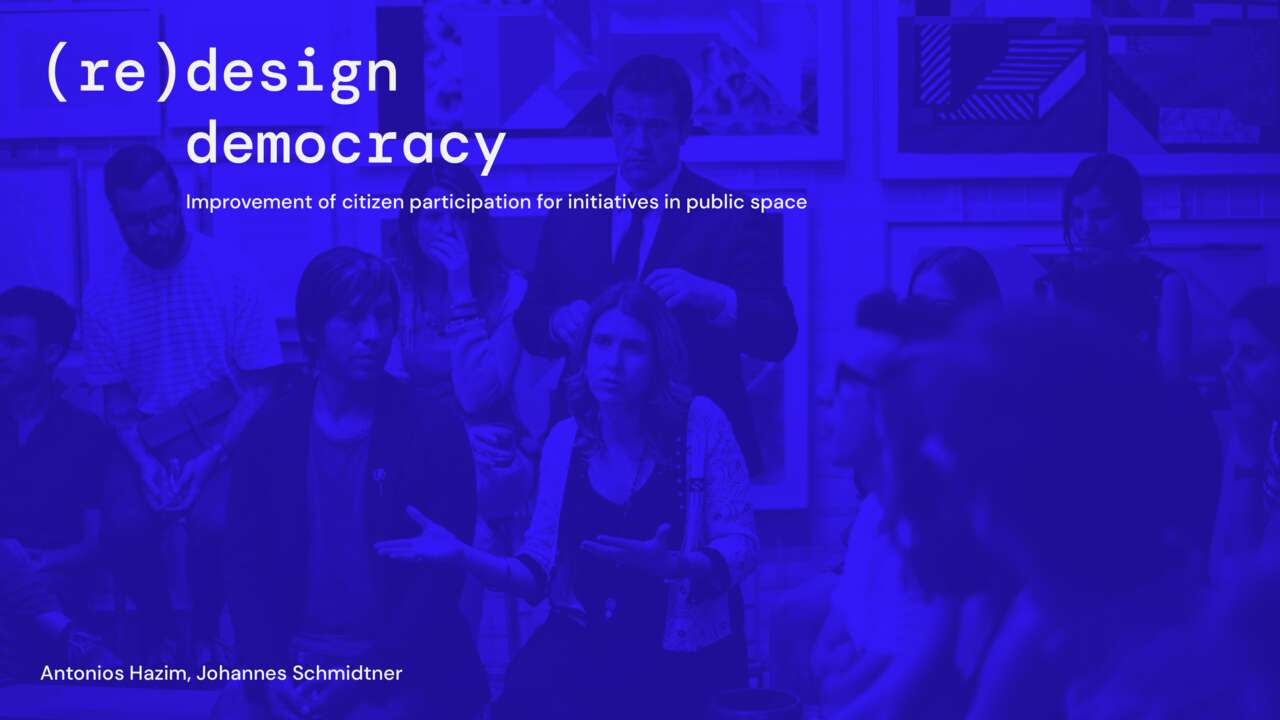 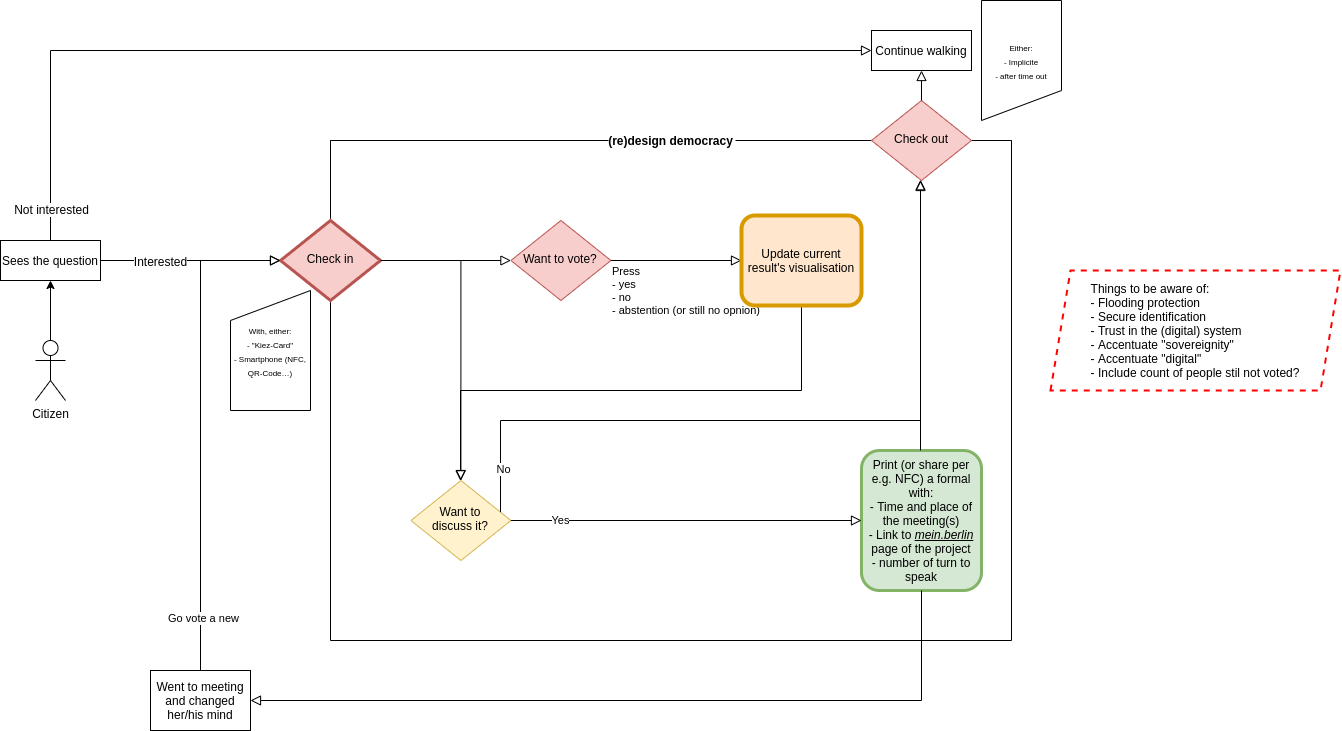 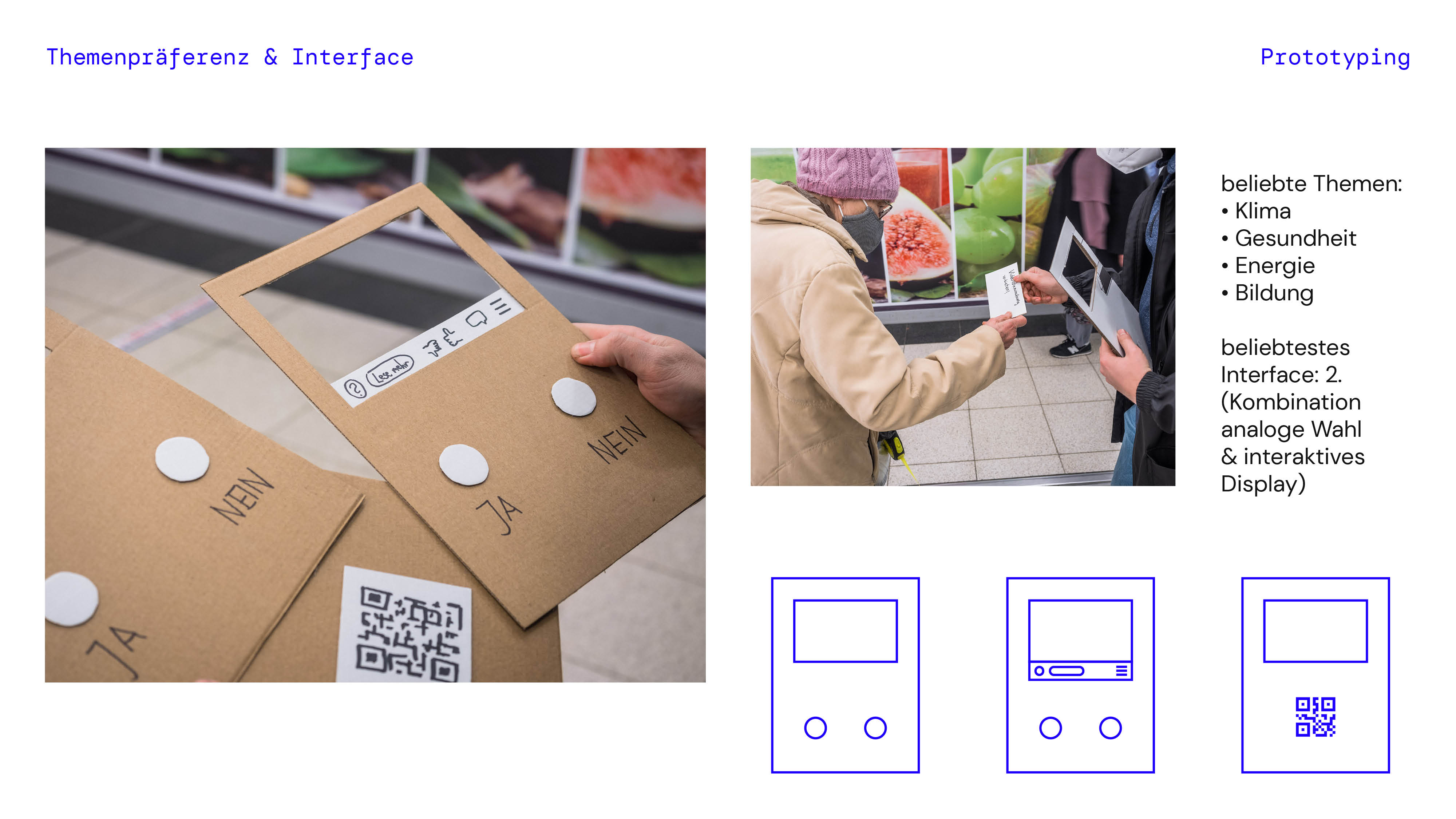 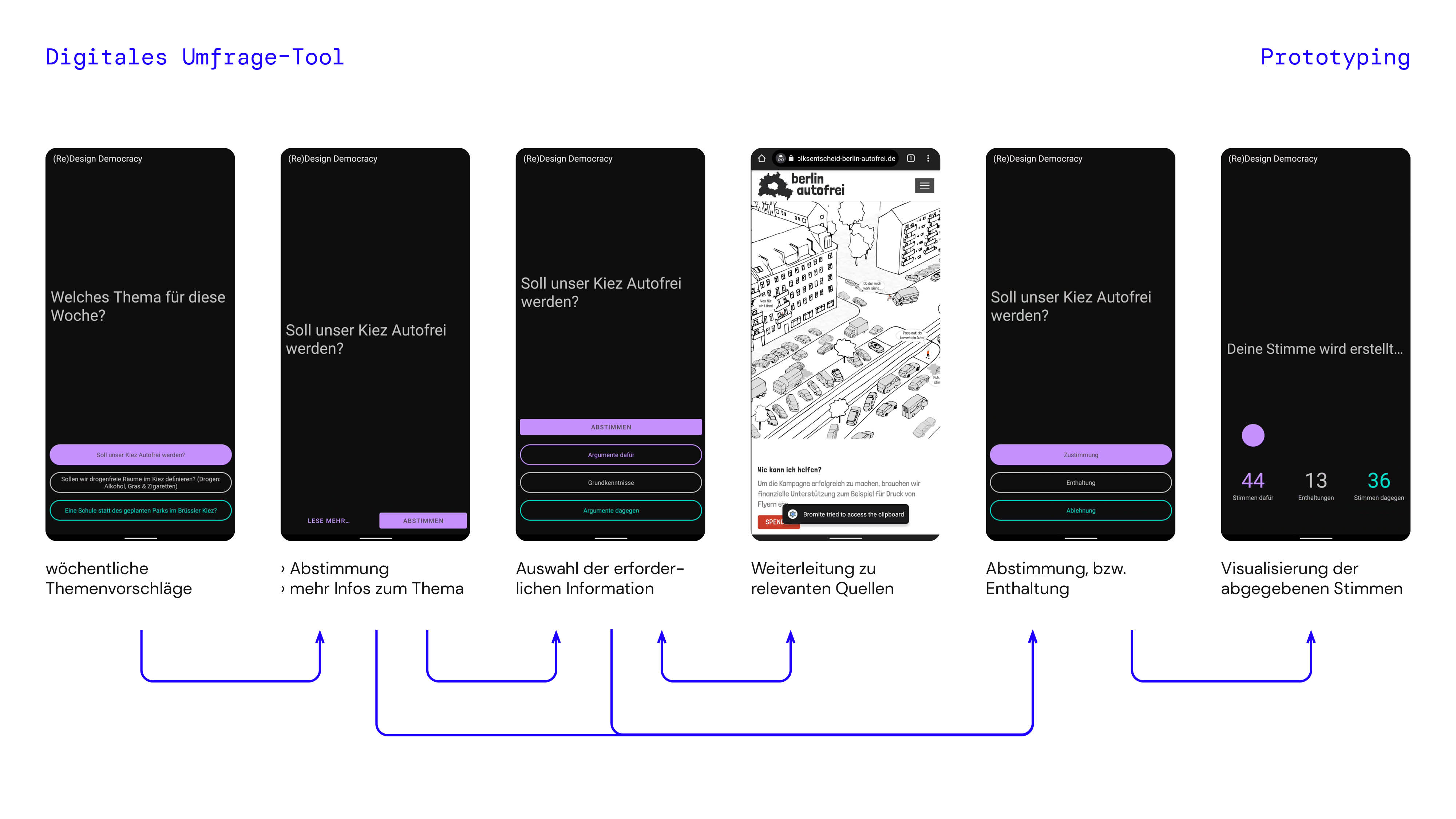 • „Offering mobile or remote voting does not significantly increase the overall participation rate.“

• „The type of poll question has an impact on the number of participants but does not influence the preferred interaction modality.“

• „Our results clearly show that mobile interaction opportunities are largely ignored as private voting techniques, when direct touch interaction at the public display is provided as an alternative input method.“ 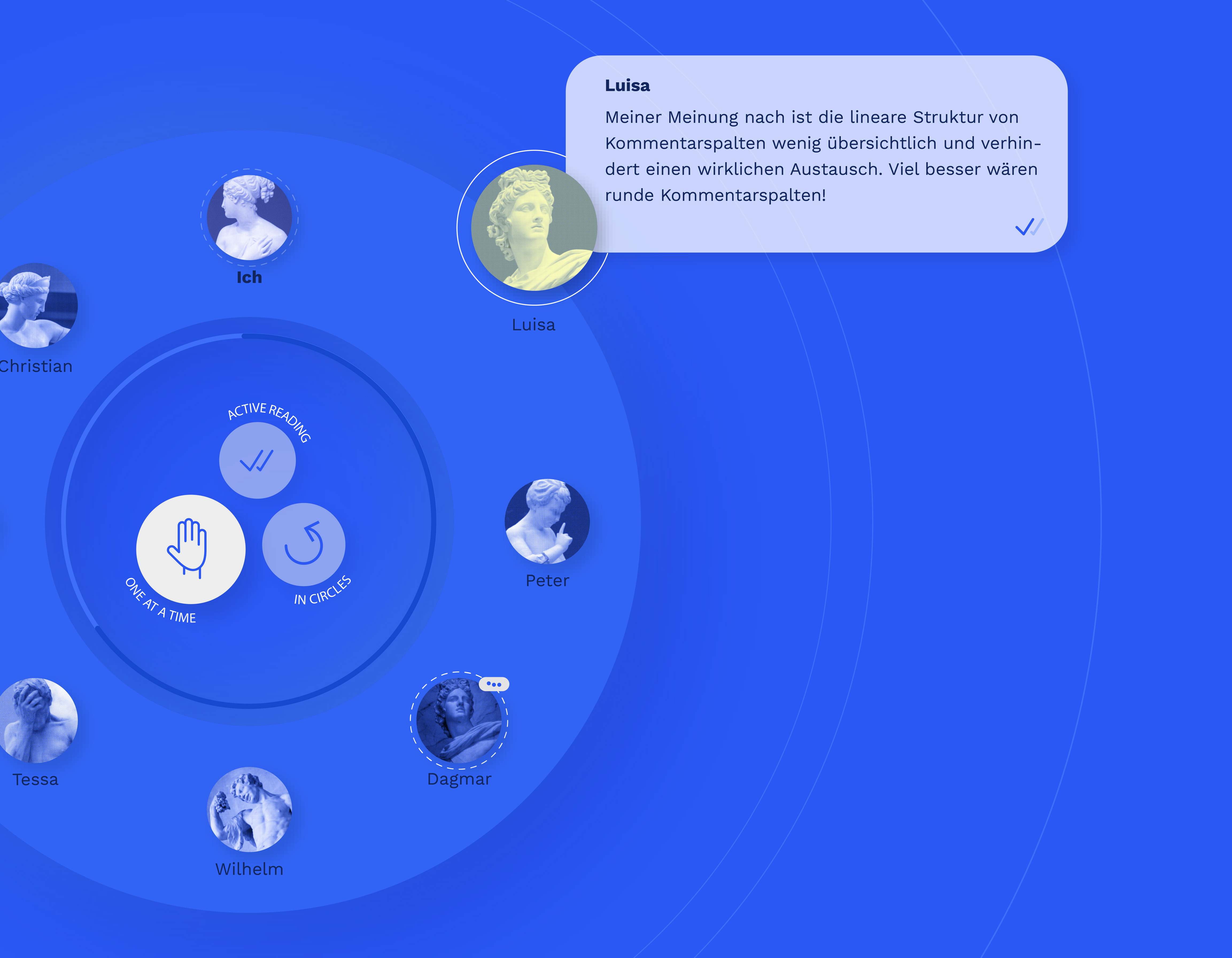 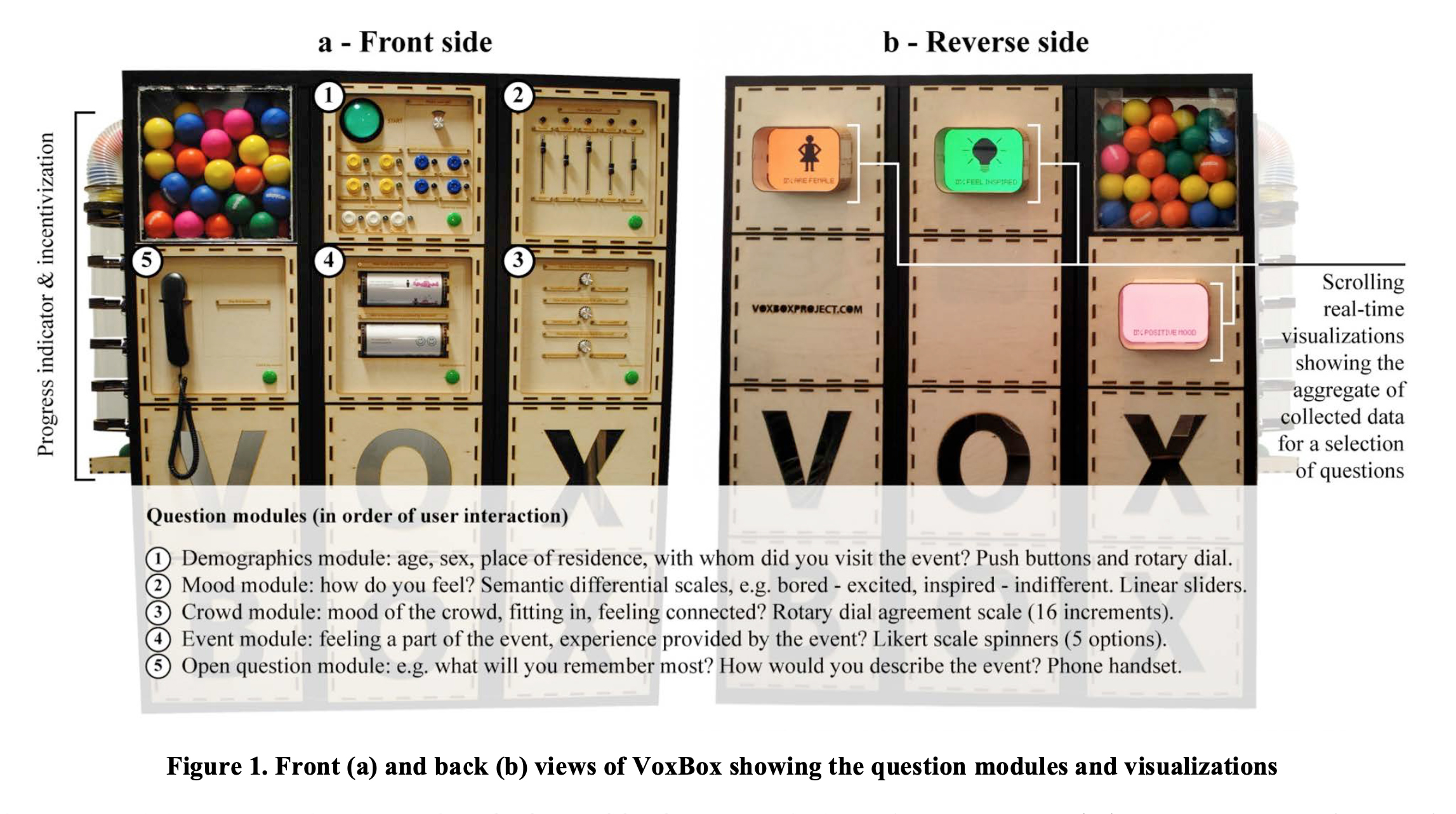 VoxBox: a Tangible Machine that Gathers Opinions from the Public at Events

ABSTRACT: „Gathering public opinions, such as surveys, at events typically requires approaching people in situ, but this can disrupt the positive experience they are having and can result in very low response rates. As an alternative approach, we present the design and implementation of VoxBox, a tangible system for gathering opinions on a range of topics in situ at an event through playful and engaging interaction. We discuss the design principles we employed in the creation of VoxBox and show how they encouraged wider participation, by grouping similar questions, encouraging completion, gathering answers to open and closed questions, and connecting answers and results. We evaluate these principles through observations from an initial deployment and discuss how successfully these were implemented in the design of VoxBox.“