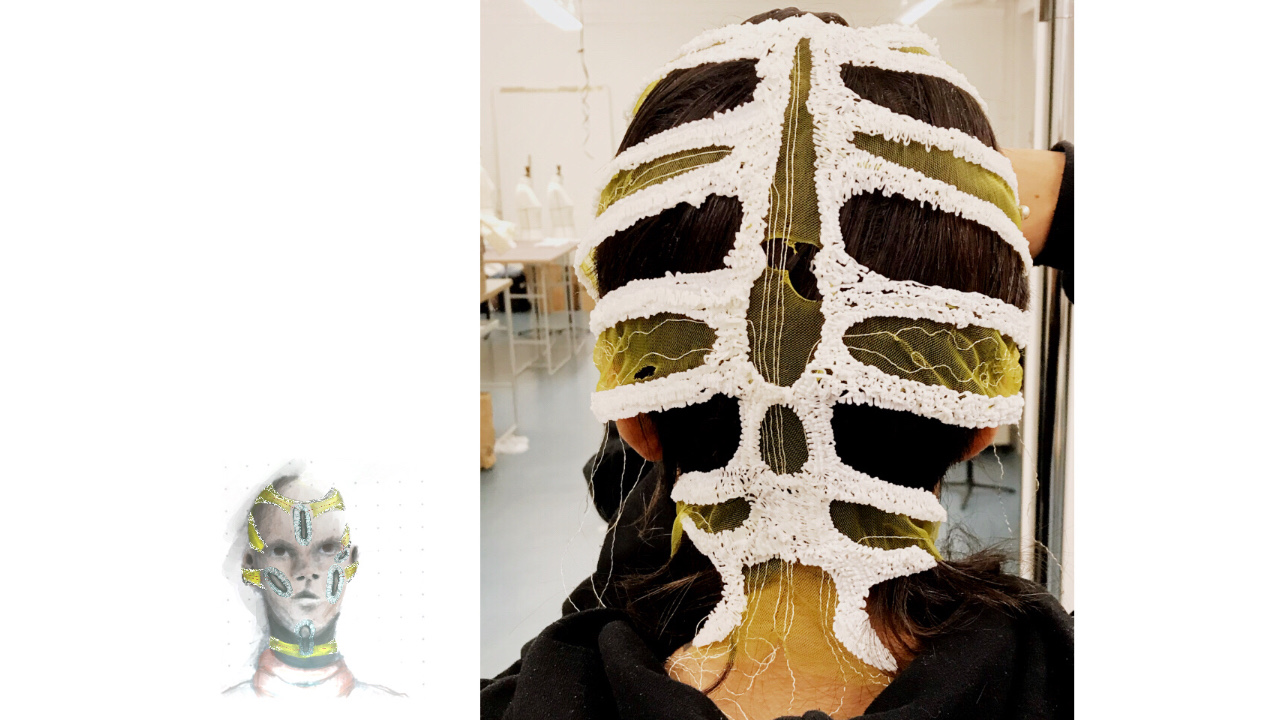 For the second project of the Communicating Bodies course we found us taking on the task of thinking of a new more unusal way of using the body to play a sounds by a synthesizer. Guided by which areas of the body have the most motion ability and also more subtle application we chose facial expressions as the movement we wanted to work with.

Starting from there we first explored the directions of flexibilty occuring from the expressions and mapped out 4 sensors across the face and 1 on the neck to get the most variation in activated sensor combinations. For increased sensitivity we chose to use direct contact skinsensors made by applying piezoresistive fabric and conductive string working as electrodes inbetween two layers of medical skin tape usually used for protecting open wounds. This method is a more or less one time use and sensors have to partly renewed after performing but can measure more subtle changes than a normal stretchsensor.

Picking up the futuristic aesthetic of these facial applications we designed a skeletal space reminiscent headwear to hold the many connections separated and out of the face. This was done by first constructing a flat shape with a 3D-Pen and then attaching thin netfabric from the back. After cutting away the overburdening fabric to create pathways we stitched the conductive string on - guiding the connections to the back of the head and then to the nape where they connected with crocodile clips to the arduino and therefore with a pre-made or our own synthesizer programmed in PureData. There we delegated different functions to the single sensors to create more intuitive soundreactions that represent the different motions, such as long streched sounds for the opening the mouth or changing the tune by nodding your head. The flat construction was then heated up again with a hot air gun and bended into the desired head shape being able to hold it self up without something wrapping arround the front. Two small difficulties during the construction did occur though: the calculation for the width of the crocodile clips was a very tight one and working with this thin thread and fabric made it difficult to arrange them in the back without short circuiting as well as short circuits occuring between sensor and fabric while not in use, due to the loose string getting tanglesd, wich makes setting it up before putting it on a bit more difficult.

By this we give the already communicating expressions of the face an even wider range of prounounciations and set them to a similar level as our day to day speech, as well as building a bridge to music as even another way of communication we use on our daily basis. Creating this symbiosis of three different communication languages we draw analogies and present the differences between them to be explored in a more playful way. 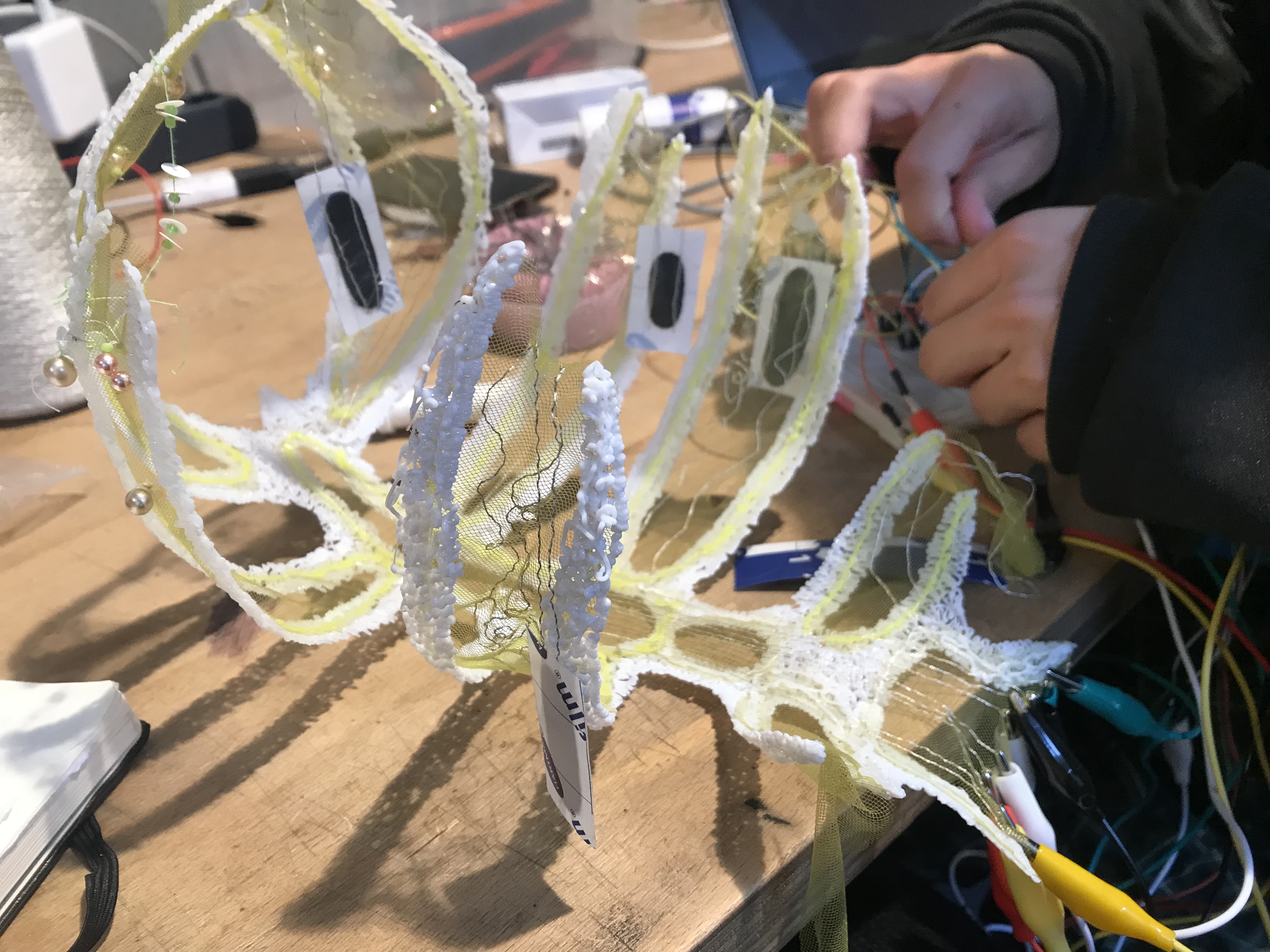 I really like how you worked on the details (material, 3D print technique, shape, embroidery) and realized the project that is functional!

Also the use of skin foil sensor in the context of micromovement of face gives very interesting impression. It is a pity that the video is a bit far and I can not see the detail of your face expressions when using it.

I would really like to see iteration of this idea in future.